Rebecca Johnson is an author, part-time primary school science teacher and mother of two.  She believes her love of telling stories actually began right back in high school, inspired by hearing, then repeating, a good joke. She went on to become a teacher and has now written over 100 books. Rebecca regularly visits schools in around Australia, presenting writing workshops to inspire children of all ages to read and write. (See Workshops)  Her past experience as a wildlife carer has given her an extra insight into the behaviour of our native animals, giving her fiction stories a taste of realism. Rebecca won 2015 Prime Minister’s Prize for Teaching Science Click here to read more about Rebecca’s award. She believes that by imbedding real science in fun fiction stories, children are more likely to develop and interest and knowledge base in this vital area.

Rebecca’s latest series, Vet Cadets, Published by Penguin Random House is about smart girls who love science and solving mysteries on their horses. The first book in this series, Welcome to Willowvale has been shortlisted for the WAYRBA awards.

Juliet – Nearly a Vet is a series of 12 books about a ten year old girl who is convinced she is nearly a vet. This series has received a large number of excellent reviews (see reviews) as well as individual books in the series winning the 2017 and 2014 Wilderness Society Environment Awards for Children’s Literature, being twice nominated for the CBCA younger readers category (2014 and 2015), and nominated for the Adelaide Festival Awards for Literature (2014). This series is published in Norwegian, Czech, Slovak and Portuguese. She was inspired to write this series by her own childhood experiences of growing up next door to a retired vet, and the experiences of her own children and their love of animals, both living and prehistoric.

Rebecca began writing for Steve Parish in 2000 when she came up with an idea for a series of fiction books using his photos.  The books have gone on to sell more than three million copies, capturing the imagination of children everywhere. Each book is also beautifully accompanied by full-colour photographs by award-winning photographer Steve Parish.

Rebecca also has an Insect Series and a Reptile Series published by Pascal Press with strong links to the Australian Curriculum, presenting facts and scientific knowledge in a fiction format with stunning photographs. The Insect Series won the 2014 Whitley Award for Best Educational Series.

2017 saw Rebecca add the First Facts series (mammals, fish, birds, insects, amphibians and reptiles) and the Dinosaur Series to her list of books.

Rebecca is represented by Curtis Brown (Aust). Her Literary Agent (including film and television rights) is Clare Forster.

Rebecca teaches science three days per week to primary school age children as a specialist science teacher, a job she loves and feels very passionate about. Together with the help of her teaching partner and the school’s ‘Green Team’, they have developed over two acres of gardens containing native, endangered and indigenous plant species and grow vegetables to sell each week. Rebecca received the 2010 Peter Doherty Award for Excellence in Science Teaching. Rebecca has six chooks, two guinea pigs and a dog and her husband has a horse. 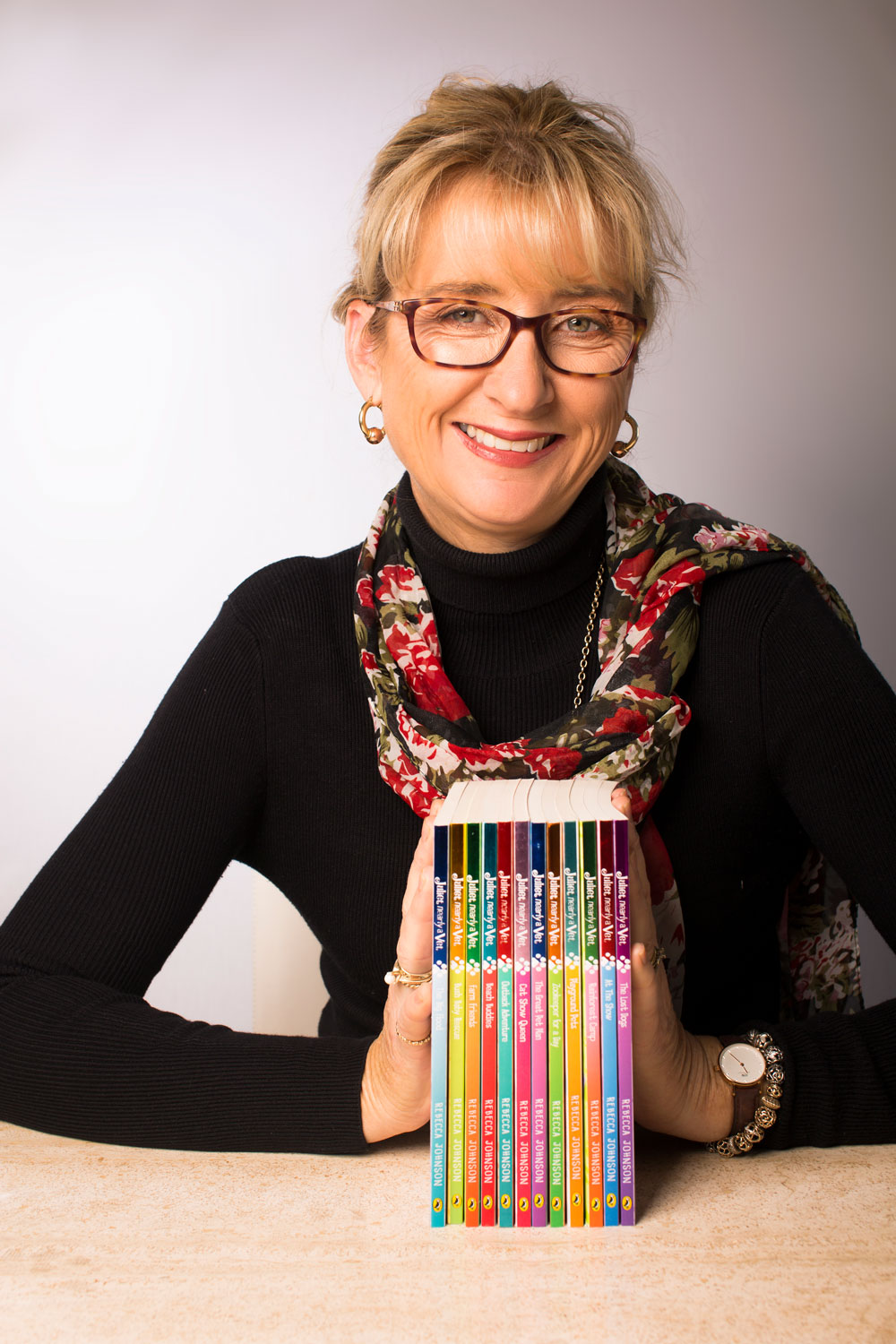